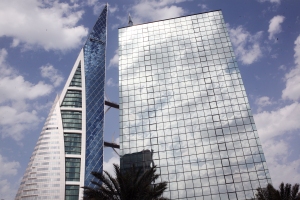 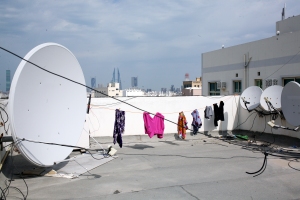 Who are you and what do you do?

I am a nomadic artist. I like to move around a lot but I felt that it changed my perception of reality and permits me to look at it with a different view. I’ve lived in many cities and I used to move to a new home once or twice a year. I’ve actually moved eight times during 2001 and that’s why I’m used to not having many things with me. I like to think that every year I grow and improve and become better in every sense.

What themes do you pursue?

There are two ways to look at this – there are things I pursue and the things that pursue me. For example, I am fascinated by  the general things that remain in our lives, buildings for example, but also how time transforms everything. But I focus on what remains. I am interested on what is invisible and sometimes difficult to express. At the same time it remains underlined. What pursues me mostly are historical events, some of which  I’ve lived through myself. For example the first time I went to London was in 2005 and I arrived the day before the suicide bombings. Another time this occurred was when I was visiting Paris in 2006 to do documentation work and found myself stuck in the occupation by the students at the Sorbonne University. I was also in Cairo in 2012, the first time Egypt held an election in 30 years!

Has Bahrain inspired you?

Yes, a lot because it’s full of contrasts and at the same time it’s a mixed place where many cultures are merging and trying to live together. I recognize some things from India and some characters from Cairo and from Europe. So I was honored to observe, in this particular moment, how this country is changing and how it behaves during these changes in its economy. It reminds me in a way when Pasolini talked about the outskirts of cities and how the progress changes the lives of the people, because I recognize the same lack of conscience that the Italians had during the 70’s.

What was the last residency you were on?

A residence program in Cairo at the Townhouse Gallery. I was selected for a residency exchange and spent six weeks exploring Turin. In Cairo I presented the latest version of the structure for the Dreams’ Time Capsule Project.

What are some new works you have lined up?

I have many, but here I’m working on the change of the landscape in Bahrain during the last few years. I’m working mainly with photographic archives and the history of the rural areas that disappeared. At the same time I am interested in the local folk tales and the people’s relationship with traditions.

What was the worst and best advice you have ever received?

The best advice I ever received was, “The work, it doesn’t exist, you have to invent it.” I don’t remember the bad advice, probably because I didn’t follow it!

Eva Frapiccini will hold her artist talk on Thursday, February 20th at 7pm.

Eva Frapiccini will begin her workshop by explaining the themes of her work, in particular from the itinerant project Dreams’ Time Capsule, an on-going project she initiated 2011. This project concerns the relationship between collective memory and the collective unconscious and is a participatory project that aims to create an archive of dreams as relevant imaginaries, throughout various parts of the world. The audio archive is currently composed of over 700 recorded dreams from different continents (Africa, South America, Europe).

During the workshop, Eva Frapiccini will further show different examples of archives and archival strategies utilised in contemporary art, as well as  relationships between the most common symbolic interpretations in dreams and local folktales. During the workshop, the participants will be invited to keep a diary of their own dreams and to analyse the images (people and places, for example), that will gives them a key to consider another part of our memory/memories.

This workshop will take place from Februry 23-25, from 6-8pm (Sun/Mon/Tue) and is free of charge. To register, contact gallery@alriwaqartspace.com with the subject line “Eva Frapiccini workshop.”